This is the second part of a multipart series on Micropython. Micropython is a port of the Python programming language that runs on small, inexpensive microcontrollers. In this post, we will install Micropython on an Adafruit Feather Huzzah ESP8266 board using Python and a package called esptool. In subsequent posts we will build our Feather Huzzah microcontroller into a WiFi-enabled weather station. The posts in this series:

To install Micropython on a microcontroller, like the Adafruit Feather Huzzah ESP8266, we need the following hardware:

To install Micropython we will use the following software and tools:

1. Install the Anaconda distribution of Python

If you don't have Anaconda installed already, go to Anaconda.com/download and install the latest version. The Anaconda distribution of Python is the Python distribution I recommend for undergraduate engineers. You want to download and install the Python 3.6 Version (the Python 2.7 Version is legacy Python). Most laptops and desktops run a 64-bit version of Windows 10. If in doubt, you can check your Windows installation, or just go with the 64-bit version. 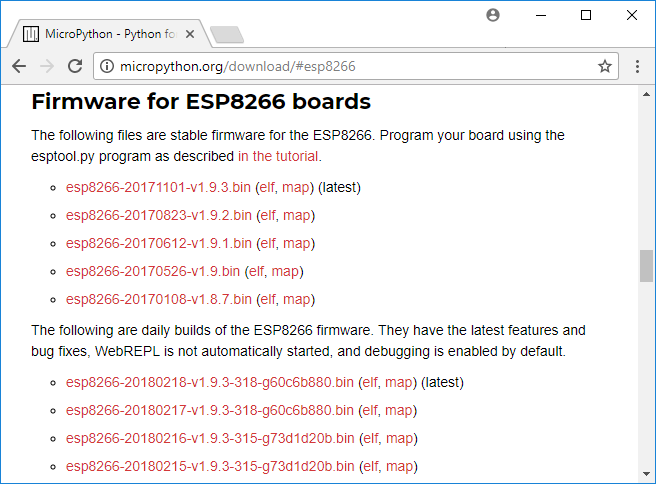 4. Install the SiLabs driver for the Adafruit Feather Huzzah ESP8266

5. Connect the Adafruit Feather Huzzah ESP8266 board to the laptop

6. Determine which serial port the Feather Huzzah is connected to

Use Windows Device Manager to determine which serial port the Feather Huzzah board is connected to. We will need the serial port as one of the parameters when we upload the .bin firmware file on the board. Look for something like Silicon Labs CP210x USB to UART Bridge (COM4) in the Ports (COM & LPT) menu. The USB to UART bridge is actually the Feather Huzzah board. CP210x refers to the chip that handles serial communication on the Feather Huzzah, not the esp8266 chip itself. Make note of the number after (COM ). It often comes up as (COM4) but it may be different on your computer. 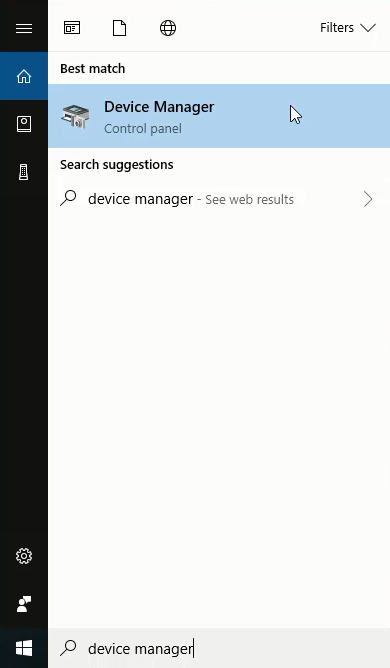 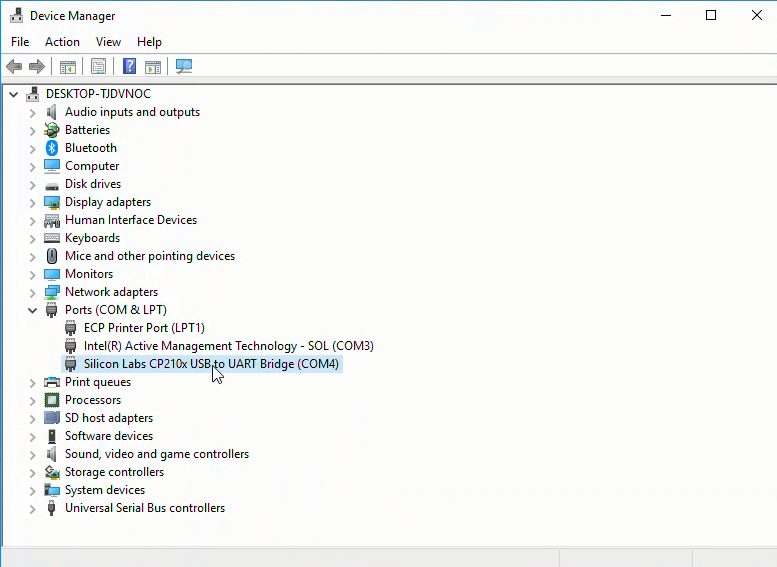 The first time I plugged the board into my laptop, Windows could't see the board. I looked through the Device Manager under the Ports menu and the Feather board just didn't show up. Turns out the first USB cable I used was just a charging only cable. When I switched this out for a microUSB data cable, the board came right up under Ports (COM & LPT).

6. Run esptool to upload the .bin file to the Feather Huzzah

Open the Anaconda Prompt and cd into the micropython directory with the .bin file. You can use the dir command to see the directory contents. Make sure the .bin firmware file is in the directory. It will be called something like esp8266-20171101-v1.9.3.bin. Activate the micropython environment with conda activate micropython. Run esptool --help to ensure esptool is installed properly. Note there is no .py extension after esptool. On my Windows laptop, the command esptool worked, but the command esptool.py did not (this is different than the commands shown on the Micropython docs). If you try to run esptool and you are not in the (micropython) virtual environment, you will get an error.

Before we write the .bin firmware file to the board, we should first erase the flash memory on the Feather Huzzah using the esptool erase_flash command. Make sure to specify the --port. This is the COM port you found in the Windows Device Manager. In my case the port was COM4.

Now it's time to write the .bin firmware file to the flash memory on the board using the esptool write_flash command. Make sure to use the exact .bin firmware file name you see sitting in the micropython directory. The port has to be set as the port you found in the Windows Device Manager. ---baud is the baud rate, or upload speed. I found that --baud 460800 worked, but you could also specify --baud 115200 which is slower. The upload time was a matter of seconds with either baud rate. The 0 after --flash_size=dectect means we want the firmware to be written at the start of the flash memory (the 0th position) on the board. Again, make sure the .bin firmware file name is correct. It is easy to mistype. Another issue I ran into was that I tried to use the command esptool.py instead of esptool as shown on the Micropython docs. The documentation for Micropython on the ESP8266 specifies the command esptool.py (including the .py file extension). This did work on my Windows 10 machine. Omitting the .py file extension, and running esptool worked instead.

Now that Micropthon is installed on the board, we need to talk to our board over a serial connection. Windows 10 doesn't have a built-in serial monitor (like screen on OSX and Linux). So we need to download and install Putty. Putty is a lightweight SSH and serial client for Windows. Putty will allow us to communicate with the Adafruit Feather Huzzah board. Putty can be downloaded here. Putty is pretty small and the download and install should be pretty quick.

8. Use Putty to connect to the Feather Huzzah

Ensure the Feather board is connected to the computer with a USB cable and ensure you can see the board in the Windows Device Manager. Then use Putty to connect to the board over serial. Make sure you specify the correct serial port in the Serial line box and 115200 baud in the Speed box. Micropython is set to run at 115200 baud, other baud rates will lead to junk characters in the serial monitor. I had trouble finding the serial connection option in Putty. When I opened Putty, the default was an SSH connection. We can't connect to the Feather Huzzah over SSH. You need to select the Serial radio button below the header Connection type: near the top of the Putty window. 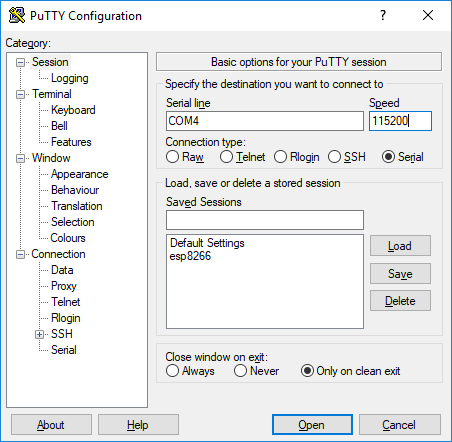 If you see >>> the Micropython REPL (the Micropython prompt) is running and the Adafruit Feather Huzzah ESP8266 is working! This version of Python isn't running on your computer, it's Micropython running on the little microcontroller! Sometimes I had to type [Enter] or Ctrl-D to get the >>> REPL prompt to show up. A few times I needed to close Putty, unplug then replug the board and try Putty again. The Feather Huzzah also has a tiny little black RESET button that can be pressed to restart the board.

At the >>> Micropython REPL prompt try the following commands:

In the next post of the series, we will use the Micropython REPL running on the Adafruit Feather Huzzah to blink an LED.

Article 2 of the micropython series