This post is for first-time users of git. Git is a command-line version control system that allows programmers and engineers to manage file versions and share code. Git can be tricky to use. This post contains solutions to some of the most common problems you may encounter when using Git.

Git is one of the standard version-control systems used by programmers to save code and work on code collaboratively as a team. Git is a program run on the command line or Anaconda Prompt. If you use Windows, you can download the gitbash program at git-scm.com/downloads. gitbash on Windows allows you to use the same git commands as MacOS and Linux users. Git was created by Linus Torvalds, who also designed the Linux operating system.

How do I install git? 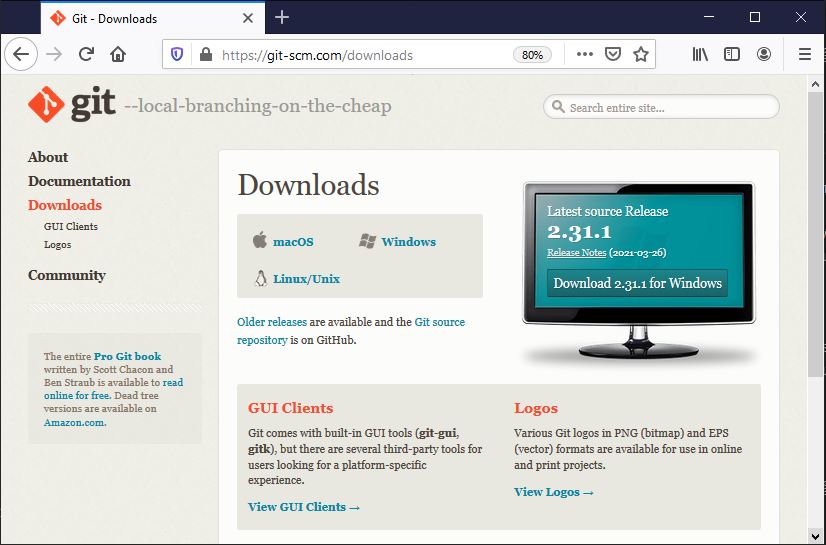 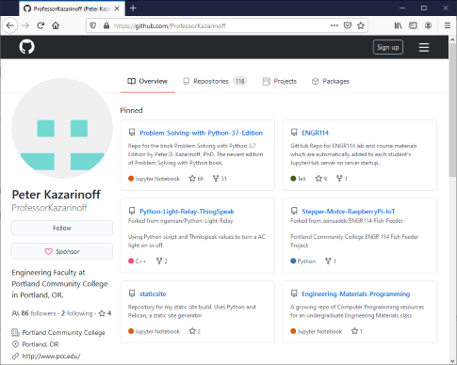 GitHub.com (now owned by Microsoft) is a website and service used by programmers and open source projects to share code and allow contributors to propose changes to existing code. GitHub is free if you are willing to share your code publicly.

Before using git and GitHub.com, it is helpful to understand a couple of terms:

A selection of useful git commands are summarized below:

GitHub, as part of their move to use more inclusive language, re-named the default branch to main for any new repo. You can read about the change here

How do I copy the contents of a repo on GitHub?

Go to this link on Github:

An easier way to accomplish the same task is to use the git clone command. Open the Anaconda Prompt, or gitbash and type the following command, then press [Enter].

How do I clone a repo into a specific folder?

The command below copies the contents of the piston_motion repo on GitHub.com into a folder on your local computer called github_examples.

If you open the folder github_examples, you see the same code you downloaded into the piston_motion folder.

Creating and synching a remote repo on GitHub.com with a local repo

Another common task to complete with git is to synch a remote repo on GitHub.com with a local repo on your local computer. This is useful when you want to keep the files in a particular project synced across multiple computers. Synched remote and local repos are also useful for a group of problem solvers working on the same project. Each team member has access to the same remote repo on GitHub.com and each team member has the same local repo on their computer.

Create a remote repo on GitHub.com

First, go to GitHub.com/join and create a new account. Log in and create a new repo. It is a good idea to include a license and a .gitignore file. For a Python project, the .gitignore file for Python is a good start. Two common licenses for open source projects (projects you are willing to share with others) are the GNU General Public License v3.0 and the MIT License.

Make a new local repo and link the local repo to the remote repo on GitHub.com

Second, create a local directory and cd into it. Initialize a git repo locally in that directory. Then sync the local folder with the remote repo on GitHub.com.

Add, commit and push changes up to Github.com

Finally, save your work and commit the changes you made with git. Push those changes up to the remote repo on GitHub.com

Pull the most recent version from GitHub.com before each work session

After local changes are made, save the changes and push them to GitHub.com

What is .gitignore and why do I need it?

The .gitignore file contains a list of files and folders that git will "ignore". This means the files and folders specified in the .gitignore files will not be copied up to GitHub.com. This is useful for a couple of reasons. One reason is that Python creates some files automatically when a program runs. These files don't need to be saved as part of the GitHub.com repo. Another reason to add a fit to the .gitignore file is that you might have files in your local git repo that you don't want to share publicly. A file that contains usernames, passwords, or API keys should never be stored on GitHub.com. You can add a file that contains private information to .gitignore then the file won't be saved up on GitHub where anyone on the internet can see it.

Thanks for reading! If you want to support the open source work I do (like this blog), consider becoming one of my GitHub sponsors: